The bail application of Hina Jabir Baig, a vicious woman who defrauded Rs 15 lakh by blackmailing the CEO and Executive Director of Ullu Digital Pvt Ltd, has been rejected by the CGM Court. Hina Jabir Baig is lodged in District Jail Lucknow in 14 days judicial custody. Hina used to run a network of forgery and fraud with the help of her associates, while being the legal head in Ullu Digital Pvt Ltd, she had recovered Rs 15 lakh from there through blackmailing. On the complaint of the company, it was arrested by the team of Lucknow Cyber ​​Cell from Mumbai.

Hina may have been arrested by the police, but all her companions are still away from the police. It is being told that Hina Jabir Baig, the gang leader and mastermind with her partner Aamir Ali, who lives in America. Together they were running this gang. The rich used to get blackmailing money in his account sitting in Texas, America.

After which this money used to come back to the account of Aiman Rehman, a resident of Roorkee and then this money was divided amongst themselves, another member is being told in this gang whose name is Azhar Jamadar who is a resident of Mumbai. . Azhar used to threaten people in this gang by becoming a police. Cyber ​​cell is now engaged in checking the horoscope of this entire gang, it is also feared that this gang may have cheated in the same way in the past, although no such complaint has come to the fore, let us tell you that on Friday by bringing Hina to Lucknow.

He was produced in court and sent to jail. He had blackmailed the CEO and executive director of his own company by sending e-mails threatening to implicate him in litigation alleging that the web series released on the OTT platform contained objectionable content. Shobhit Singh, executive director of Ullu Digital Private Limited Company, had lodged a report on 10 June 2021 at the Cyber ​​Crime Police Station in the capital. He had told that someone has extorted Rs 15 lakh by threatening him by sending an e-mail. Now again by sending an e-mail, a demand of Rs 40 lakh has been made.

When Inspector Muslim Khan of Cyber ​​Crime Police Station investigated, it was found that the ID from which the e-mails were made is used by Hina Jabir Baig, a legal advisor working in the Mumbai office of the company. At present, the accused Hina will be produced in the court on Monday. 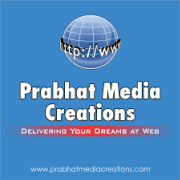